The Brides of the Black Room – ”Blood And Fire”

”The Brides of the Black Room is an artistic collective existing for the sole purpose of serving our eternal mother.”

The debut album ”Blood And Fire” released October 1st (via Icons Creating Evil Art) is a concept album with a strong narrative telling the story of The Brides of the Black Room.

Both still images (shot by Joakim Ström) and the band’s symbol were already in place when the creative work began. The vision was always to make an a stripped down design, which still tells the story in the most effective way. This led to, among other things, turning the band’s existing symbol into a sprayed stencil print. All of this to create a feeling of a punk-ish collective and the beginning of a musical revolution.

Visually, the orange color also works great as an accent color to clarify the message.

In addition to the digital cover, this assignment included both a gatefold vinyl and a 4 panel CD digipack. The two physical packages carry identical relations in both layout and grid. 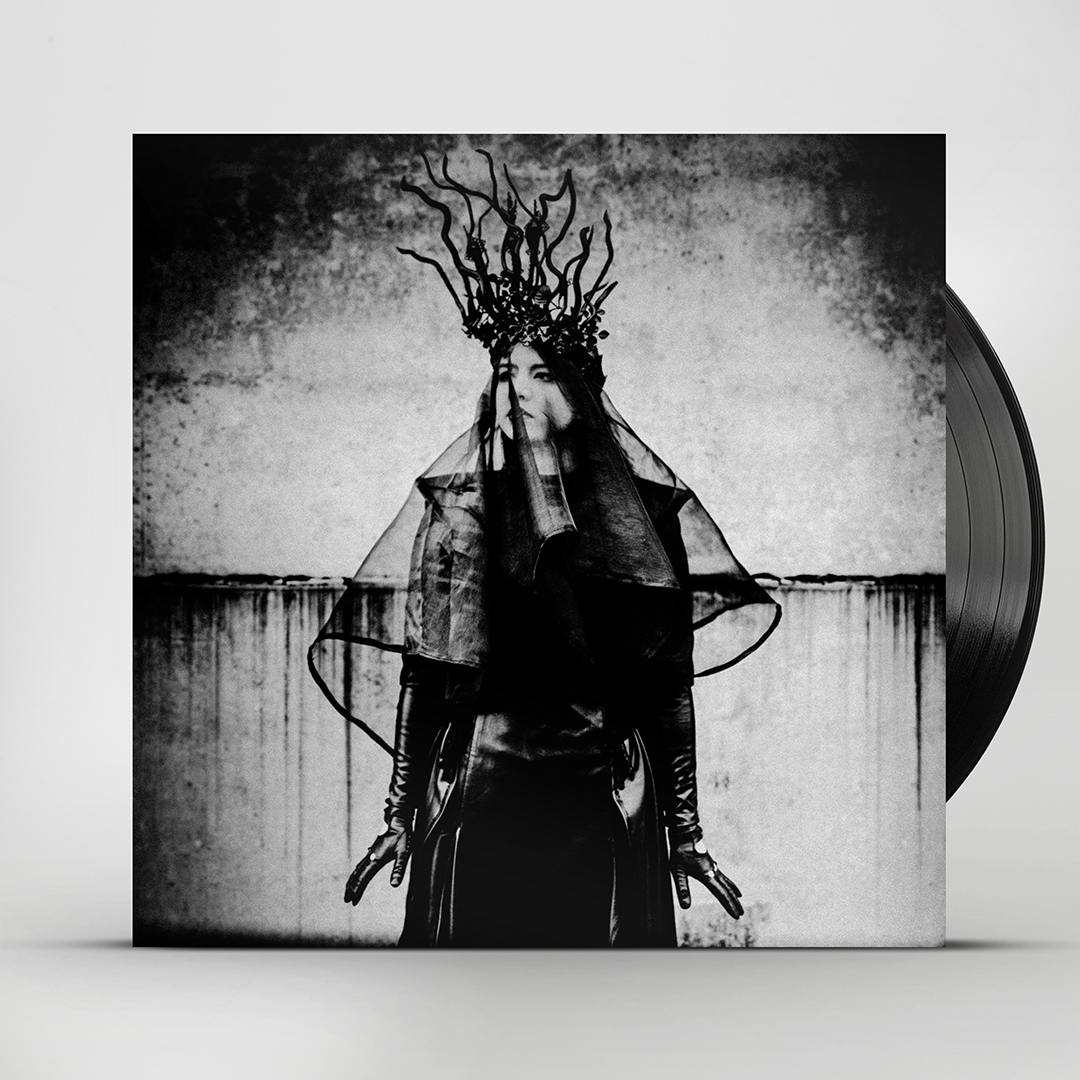 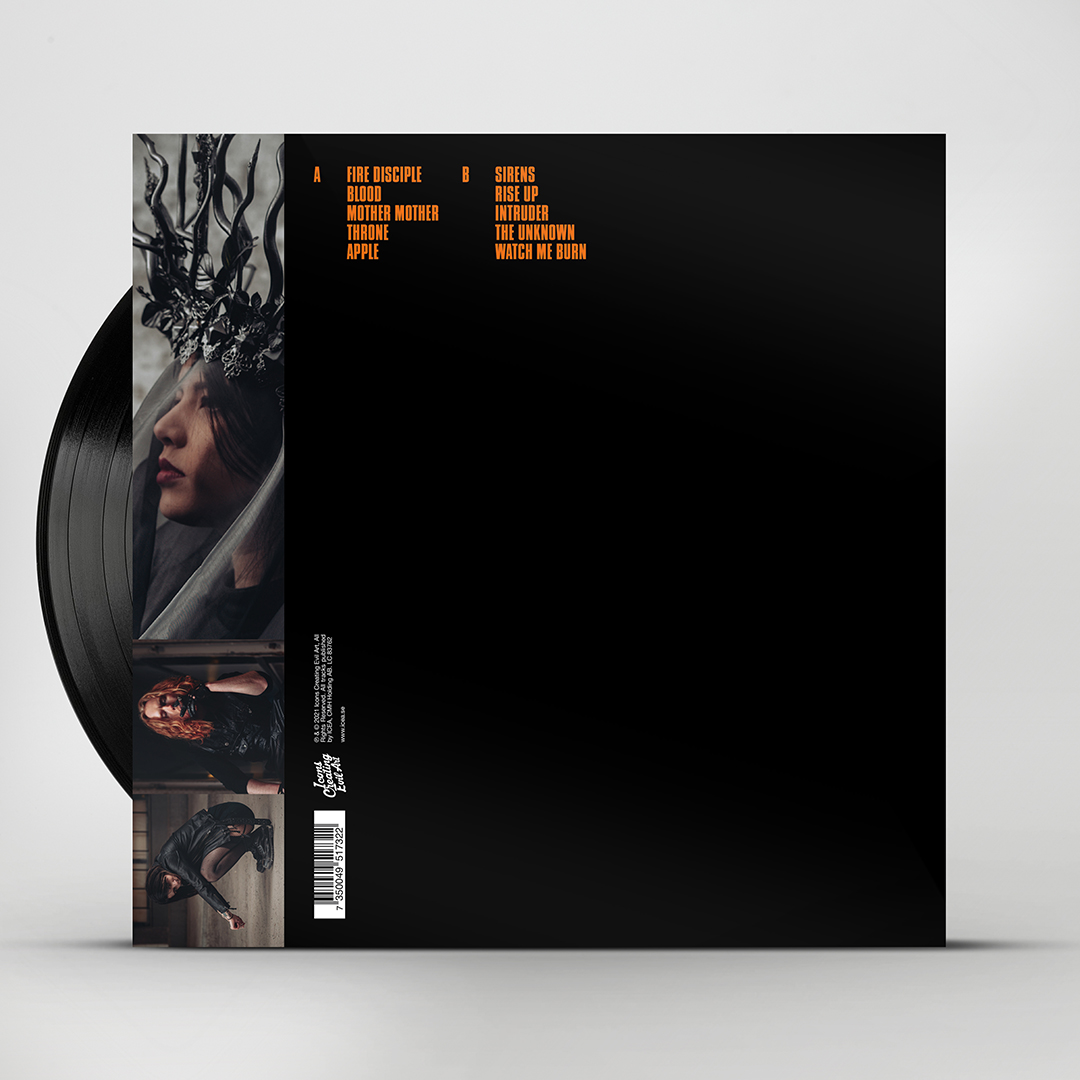 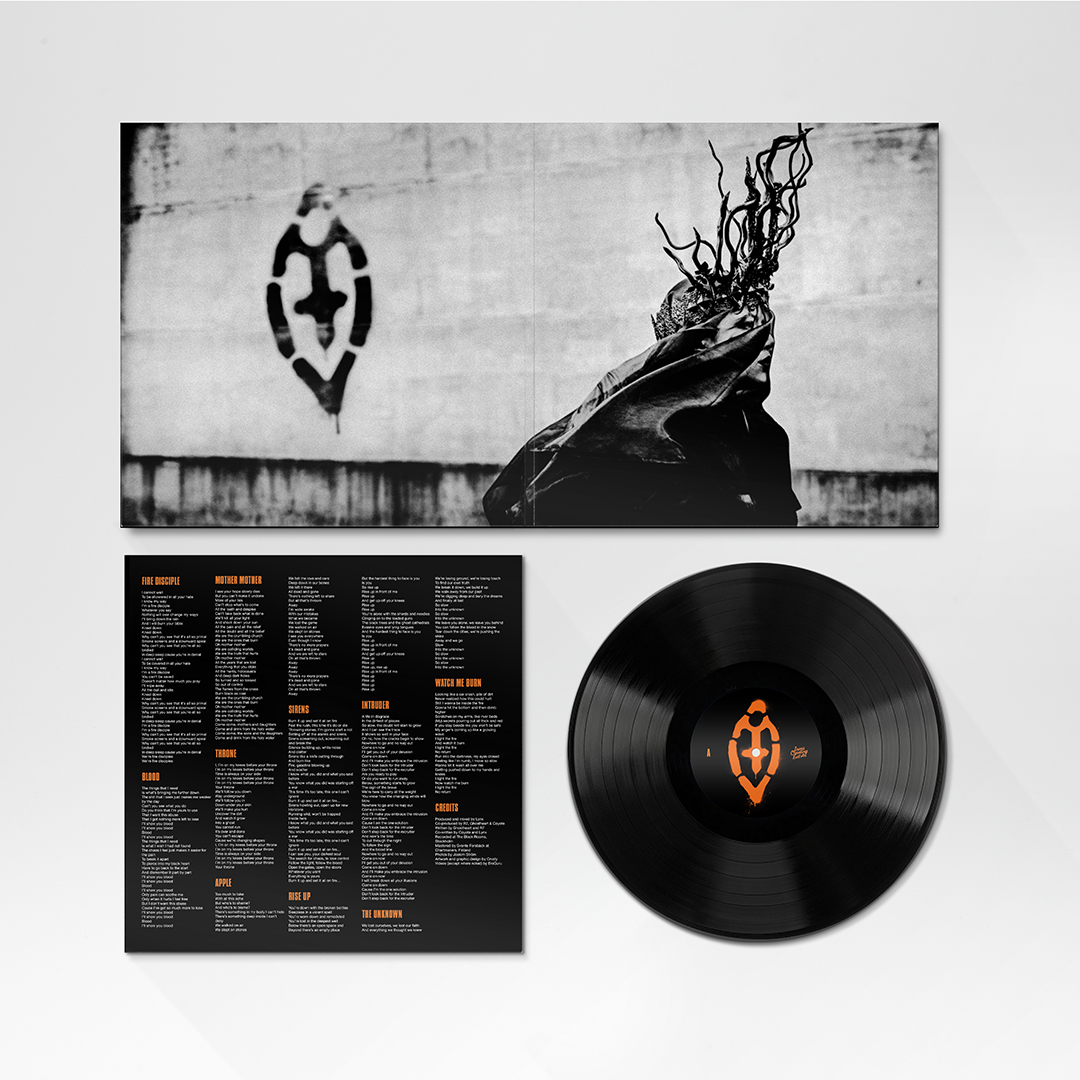 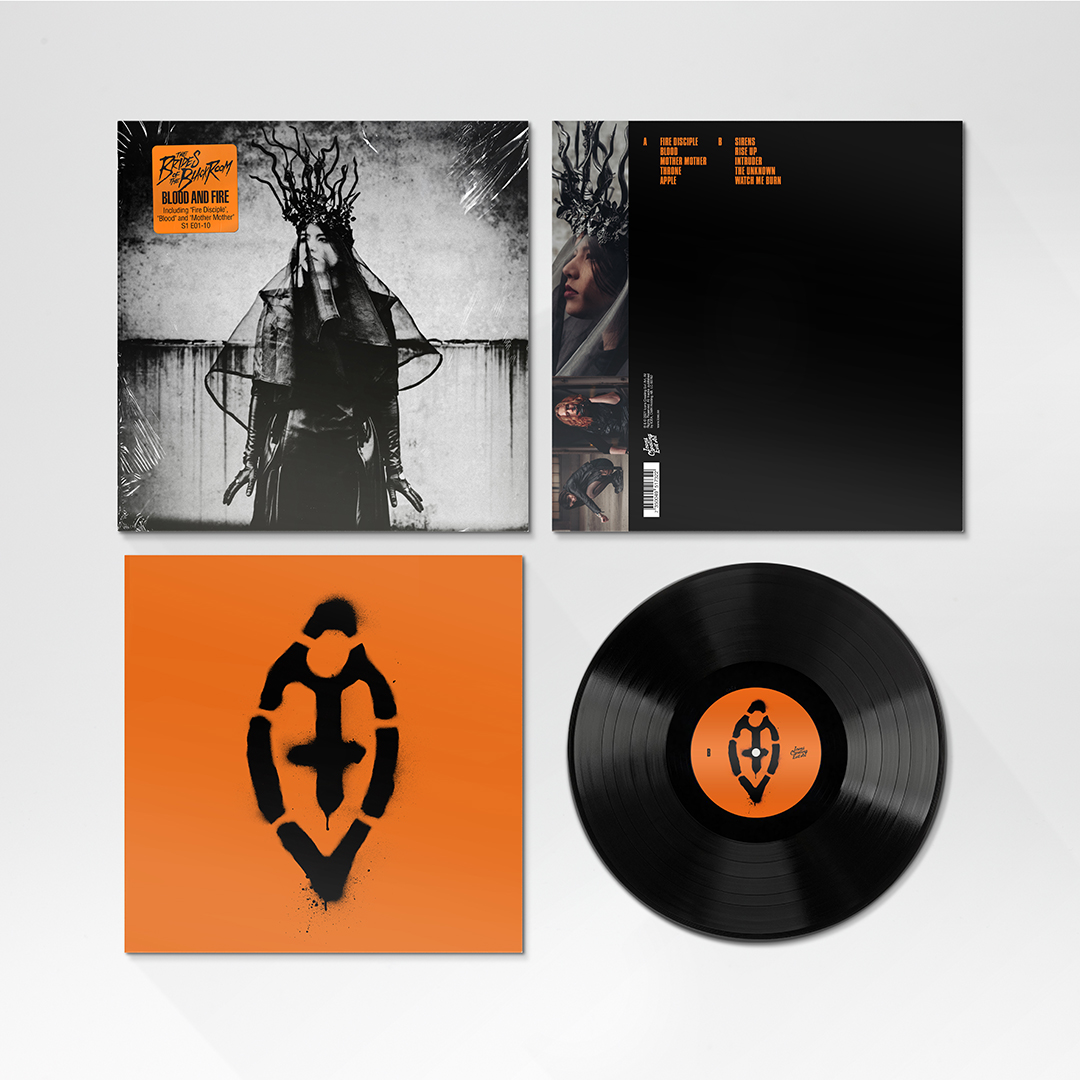 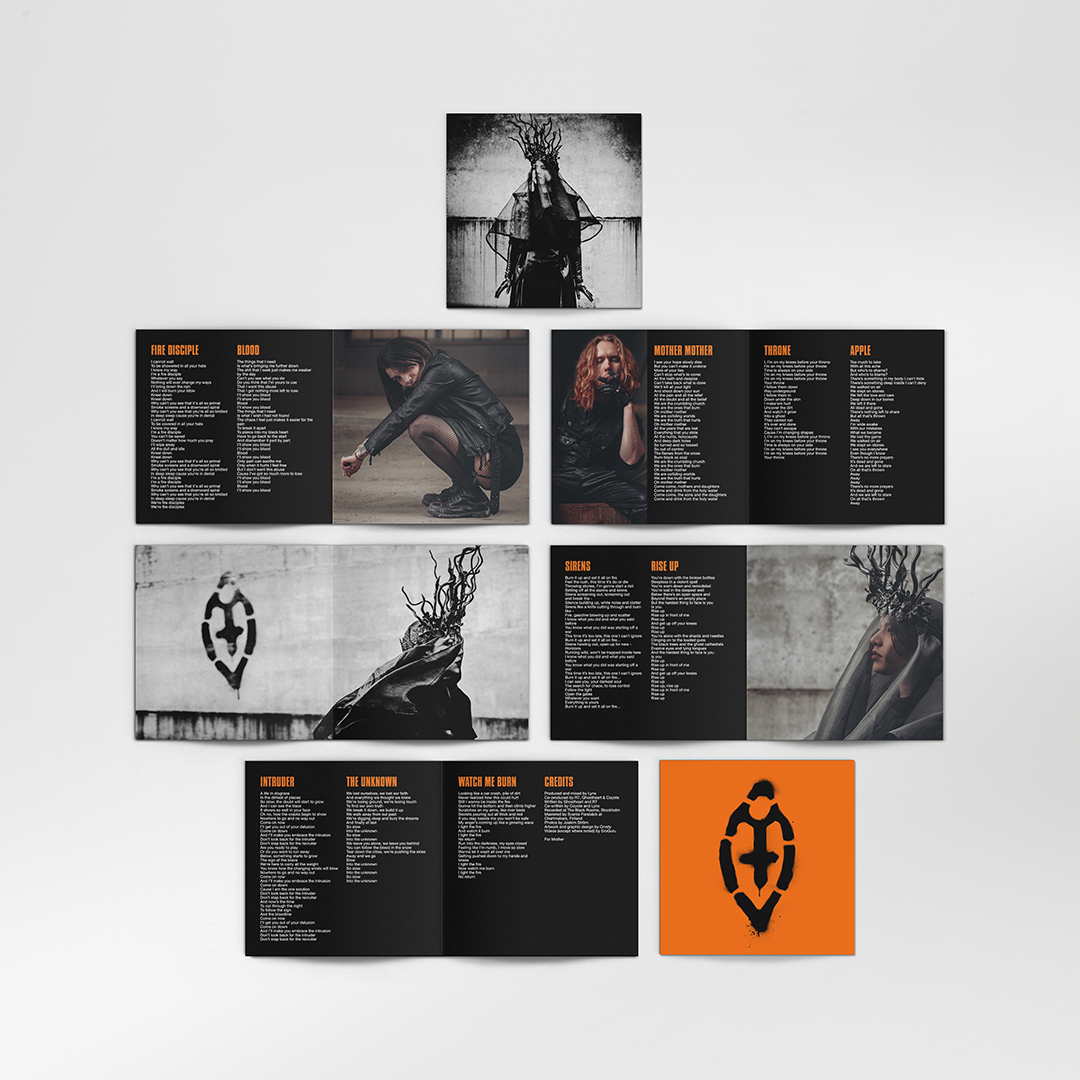 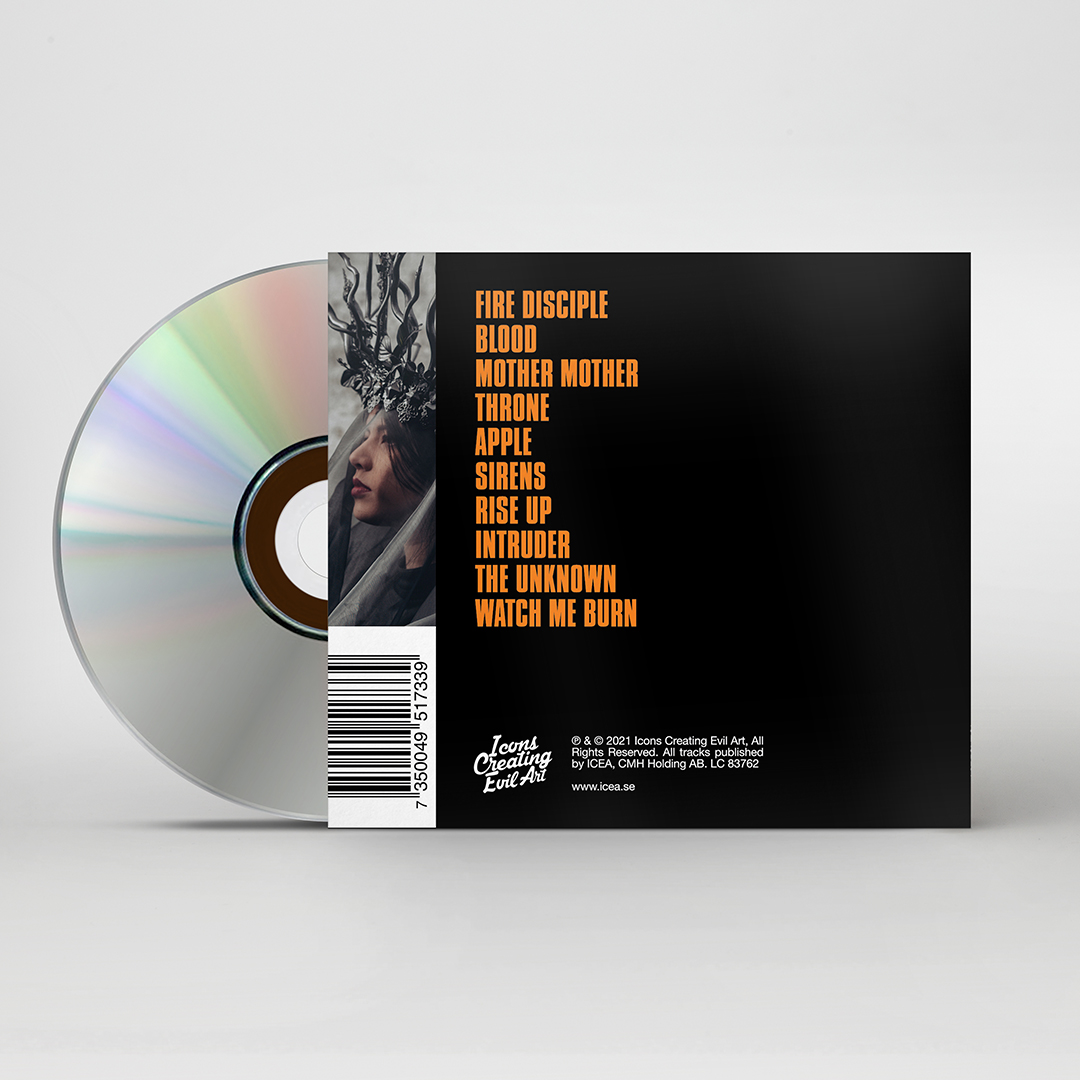