Na Fir Chlis means Northern Lights or Aurora Borealis in Scottish Gaelic and is in folklore sometimes translated as ”the merry dancers”. Na Fir Chlis is also the name of the new Swedish independent whiskey bottler. Their first numbered (No. 1) and limited edition was a 21 year old single malt whisky from the closed Speyside distillery Imperial. And they continued with a bottling (No. 2) of a 25 year old Glen Keith.

Creating a label and brand profile for Na Fir Chlis required a lot of creative thinking. First, it was important to weave in the Northern Lights, which became a clear and tangible signature for both the label but also the bottle. This is clearly visible in the upper edge of the custom shaped label. The highlighted copper details also bring the color and material of a traditional Scottish distillery pot to mind. 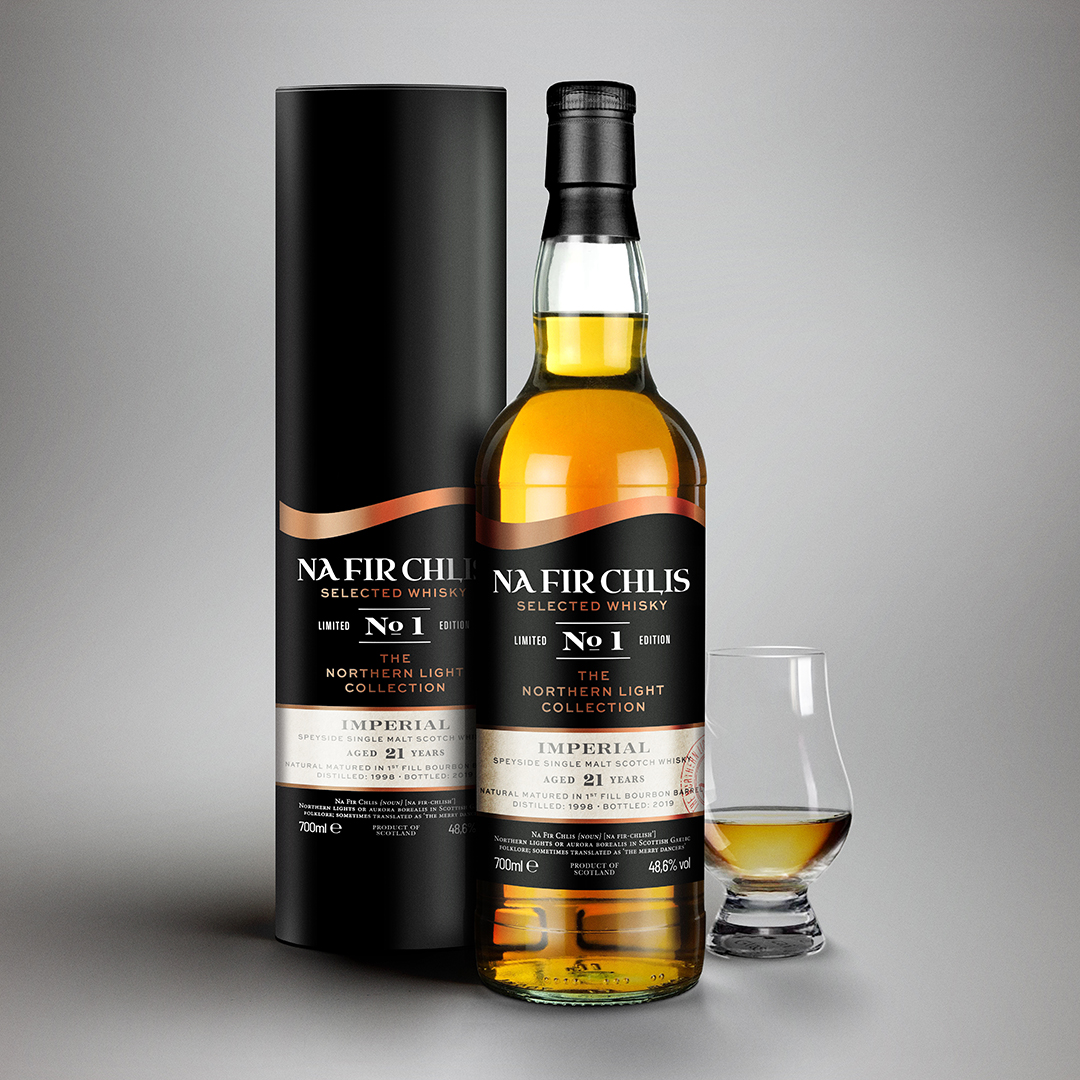 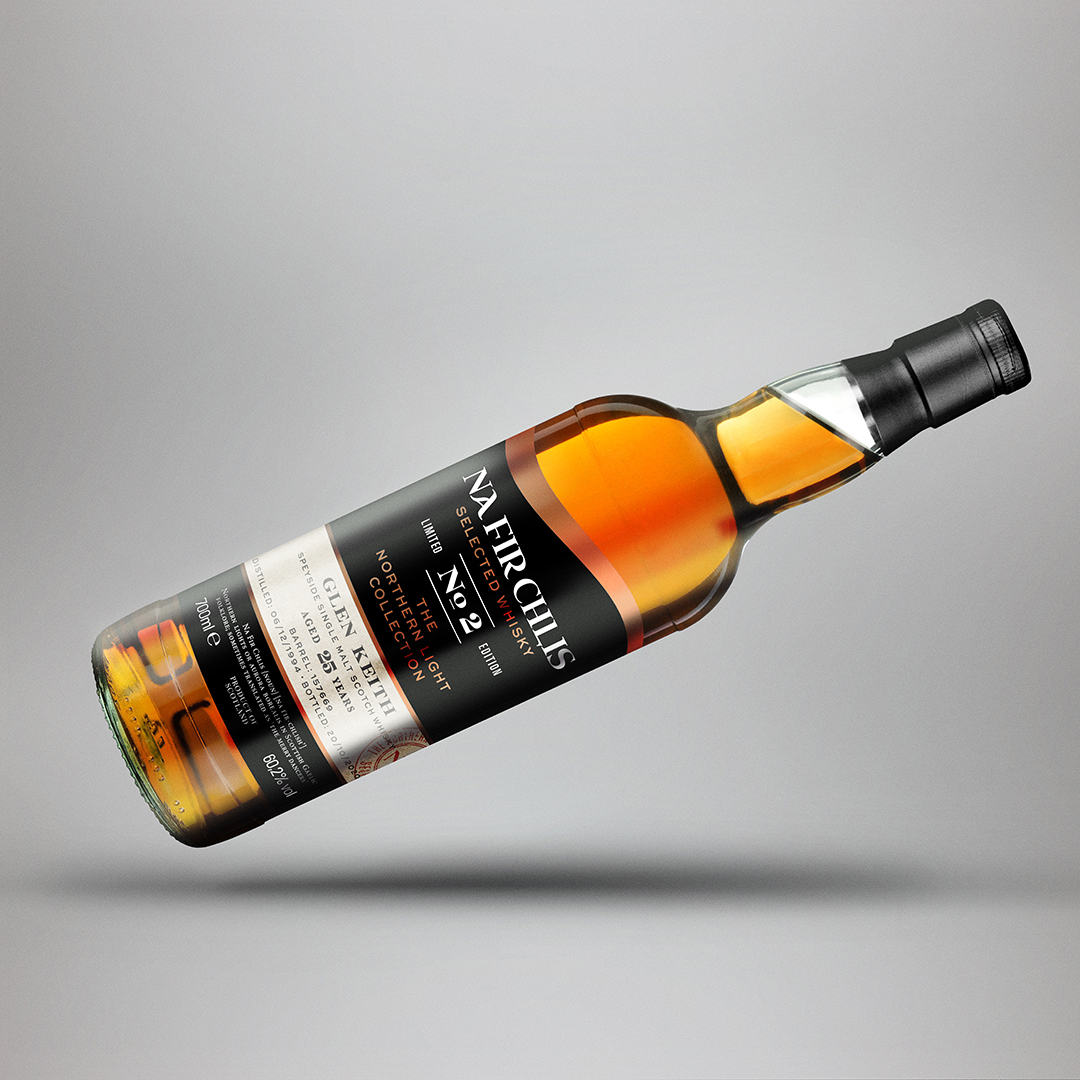